Down through the years parishes formed various combinations and partnerships. Some parishes reigned as independent units for a time while at other times they were wed to other parishes. The present parish of Kilbegnet-Ballinakill took its present shape in 1870 under an agreement worked out by the then parish priest of Kilbegnet-Oran, Very Rev. Fr. W. Mulrennan and Very Rev. Arthur French, parish priest of Ballymoe-Kilcroan. Under this agreement the parish of Ballinakill-Kilcroan which had been in existance for many years ceased to exist and Kilcroan became part of the parish of Ballymoe-Ballintubber with Ballinakill finding a home in the parish of Kilbegnet. The mid-nineteenth century was a period of building which probably has not had any parallel since then. In Kilbegnet Very Rev. John O’Beirne began working on the present church there only tosee much of his efforts destroyed on the night of the “Big Wind” in 1839. So downhearted was he as a result that he was forced to retire. He was succeeded by Very Rev. Andrew Egan who completed the Church later in that year. 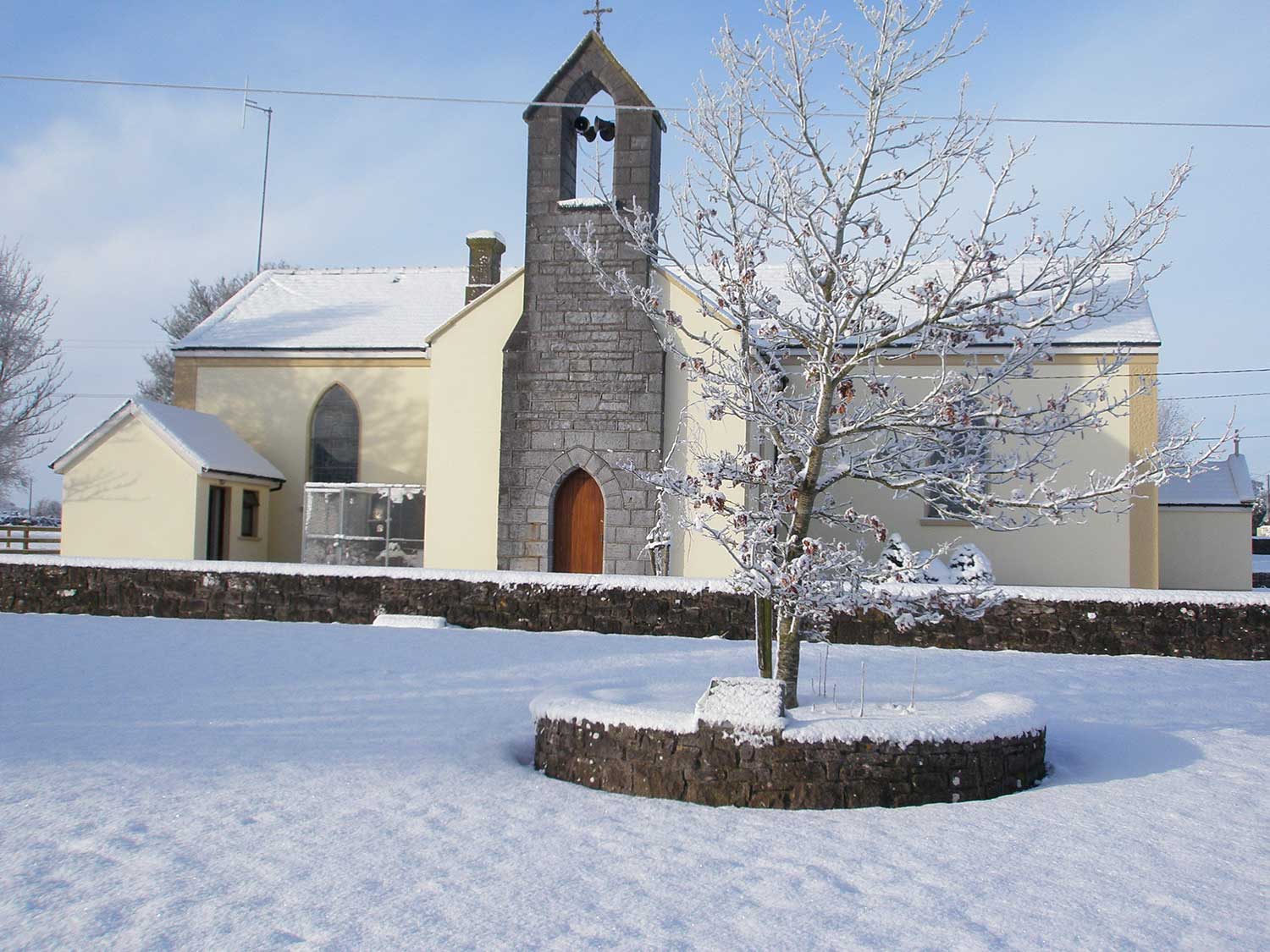 Just after the Priest and his flock had completed work in Kilbegnet, Very Rev. Fr. Harrington secured a new site for a church in the townland of Keeloguesbeg and as Parish Priest of the then parish of Ballinakill he set about building the present ‘Glinsk Church’ which was completed in 1843. The Church which had served the people previous to this was actually in Glinsk townland and so the present church continued to be known as ‘Glinsk’ Church. The new Church at Glinsk was dedicated to St. Michael the Archangel. The link with St. Michael would appear to have been borrowed from ‘St. Michael’s Holy Well’ in Gortmorris which was a very popular place of pilgrimage for the people of the parish during the nineteenth century. The traditional pattern continued, on the feast of Michaelmas, into the early years of this century.

Another link with the earlier workship of the people and the foundations of the Christianity in this parish was the adoption of St. Colm as patron of the parish of Ballinakill. During the mediaeval period a small church in the townland of Kilcolum served the faithful. A chunk of the south wall still stands in the graveyard there. This church was dedicated to St. Colm (Columcille)

The east gables of the Church are adorned with two finely sculpted Crucifixion plaques which date from the 16th/17th century and would have been borrowed from the former Parish Church of Ballinakill, the remains of which still stand in the present day graveyard of Ballinakill.

It was from this site “Baile-na-Cille” meaning the place of the Church that our parish has taken its name. This site, generally referred to as the “Abbey” is believed to have been an enclosure served our ancestors right back to the dawn of the early Christian age.

Centre of worship prior to 1843

For many years before the present Church was built the faithful attended a Church in the townland of Glinsk near the present home of Mr. Martin Maloney.

In this church, Dr. Patrick Burke served as Curate for a number of years shortly after his ordination in 1803. Despite his name, he was not at all happy with the lifestyle and actions of his namesakes – the Burkes living down the road at Glinsk Castle.

Dr. Burke denounced the actions of the Burke family and they reacted by commanding all their tenants, under pain of eviction, to refuse Dr. Burke the fire to light the candles for Mass. The faithful, however, continued to support their young curate and the candles continued to glow!

Dr. Patrick Burke was born in the townland of Lisnageeragh, near Kilcroan, in 1779. He attended the College in Maynooth for four years and was regarded as an eminent student who was awarded his Doctorate of Divinity at an unusually young age.

Following his period as Curate in Glinsk Dr. Burke was transferred to Sligo where he soon became Administrator. His next appointment saw his return to Ballinakill as Parish Priest of Ballinakill/Kilcroan. His relations with the Burkes of the Castle were much more friendly.

In 1891, Dr. Burke was appointed coadjutor Bishop of Elphin and became Bishop of the Diocese, on the death of Dr. French, in 1827. For a short time before his death on Sept 16th 1843, he resided at Turla, near Ballymoe and a magnificent vault in Kilcroan cemetery marks his final resting place. A visitor to the site of the original Glinsk Church can still see a number of grassy mounds which mark its location. Also there is clear evidence of, at least, three graves on the site.
For many years, it is said that Glinsk Church did not have a bell-tower. In the early years, we are told, that the bell was hung on al large tree which gave it a special resonant sound when rung. Some years later, the present stone bell-tower was added.

When the present church was built it was some time before the roof was put in place. This was a job that awaited the skilled hands of the Keaveney brothers from Creggs. 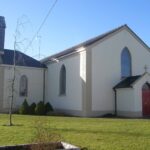 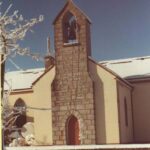 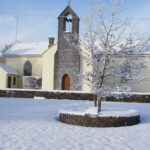