By glinskcommunitygroup_ob9rlam4August 27, 2022Archives
No Comments 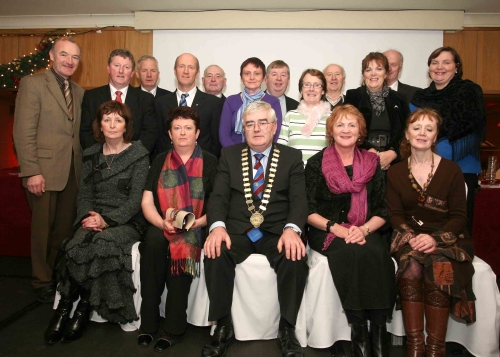 December 2009: Glinsk Community Development Society Ltd were the recipients of a Heritage Award for the Tuam Electoral Area from Galway Co. Council.

The citation from Galway County Council read:- “The group has worked tirelessly since 1995 to create a very important heritage resource in their local area. One of the major projects that the group has been involved in is the development of Glinsk Heritage Park. It was purchased by the community in 1995 and the group have been pursuing its development ever since. The investment in the park to date totals €418,000. This very ambitious project has now come to fruition in that it is fully accessible and is being used by many people in the community. While plans are in place for further substantial developement so that the park can reach its full potential it has reached its first major milestone by being open to the public and in use. It celebrates our heritage in a unique way. The park is an excellent resource not only for Glinsk but for the whole county. It is planned to undertake further studies of its geology and natural heritage including the glaciated valley, arboretum, and its flora and fauna. The park was on of the national venues for the first ever National Trails Day in 2008. 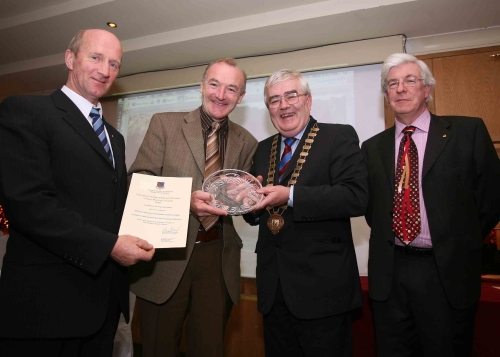 Jimmy Barlow(Chairperson) and Marty Ward(Secretary) receive the HERITAGE AWARD
for Glinsk Community Development Society Ltd. from Tom McHugh, Mayor of Galway and David Burke, Editor of the “Tuam Herald”(Sponsors). The Awards ceremony took place in the Claregalway Hotel in December 2009