By glinskcommunitygroup_ob9rlam4September 12, 2022Archives
No Comments 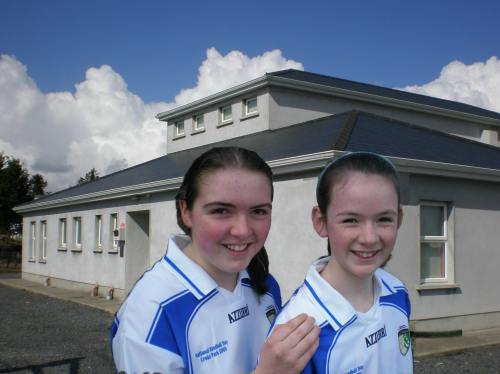 Saturday May 17th 2008 was a day of immense pleasure for the local community of Ballincurry and Glinsk as years of commitment, endeavour and sheer hard work paid dividends in the shape of an elegant new leisure centre with a fine Handball alley as the core facility.  The new centre was officially opened by Mayor of County Galway, Mr Sean Canney. 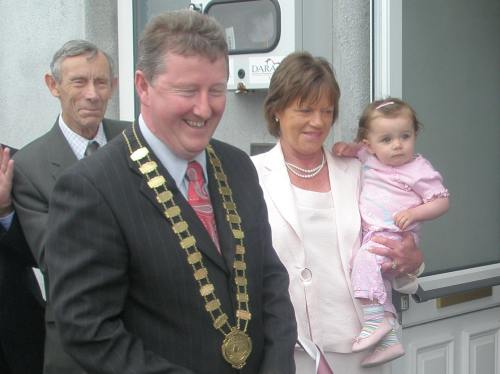 It was also a day of memories as various speakers paid tribute to handball legends such as the late Al Mullaney and Johnny Lohan who had honed their skills in the old Ball-alley on the same site which dated from 1918. Recent All-Ireland winners such as Brian Kilcommons and Donnie Dowd were also named as ones who helped keep the Handball torch alive. 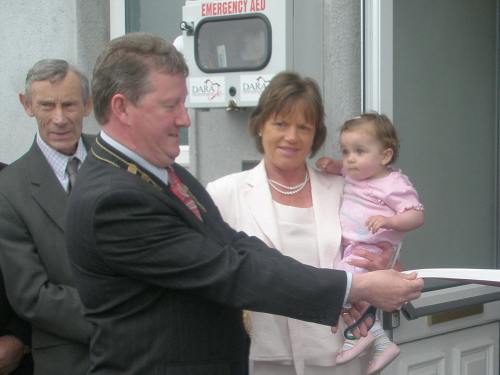 Brian Kilcommons welcomed the many dignitaries who came to share the occasion and opened by saying that the new centre would not be there if it weren’t for the work of one man, namely, Michael Hurley.  “He did everything – he begged and borrowed but he did not steal” said Brian.

Michael Hurley praised the work of the committee and particularly their fund-raising efforts.  Michael also thanked the community for its support of so many functions over the years.  Michael also paid tribute to the many agencies who had given support for the project, Galway County Council, Galway Rural Development, Galway VEC, the National Lottery and Clár. 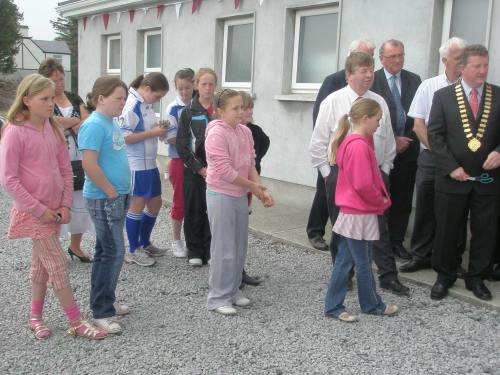 Before cutting the ribbon Mayor Sean Canney spoke of the huge effort that is needed for projects like this.  “You, as a community have shown you can make the effort and that is why the County Council and other agencies were happy to row in behind you”

Representing the VEC, Mr Joe McDonogh spoke of his family connection with the parish since his father had taught at Glinsk National School some years ago.  He stressed the need for activities like Handball for our youth.  Miriam Stewart, on behalf of Galway GRD, paid tribute to all involved in the project and said that this was the type of community project which can benefit from Leader funding through GRD. 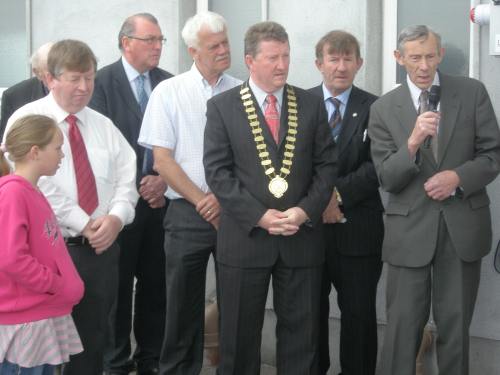 Councillors Michael Connolly, Tiarnan Walsh, and Tom Reilly added their voices of congratulations to all involved.  Cllr Tony Ward appealed to all to “take ownership of the facility, to use it as their own, treat it with the respect it deserves and never to abuse it”

Martin Ward, Principal of Glinsk NS explained that after the work of Parnell and Davitt many of the families in the Ballincurry and Glinsk areas had been moved from the slopes of Mount Mary and given new farms early in the 20th Century.  One of their first acts was to get together with their spades and shovels and their horses and carts and built the original Ball-alley in 1918.  He paid tribute to Michael Hurley for his vision and commitment to ensuring that a totally new facility was now available to our young generation.  He said Michael Hurley was carrying on the great tradition of leadership that was necessary in our rural communities.  “While we can see this fine new building today – we will never be able to see the countless hours over long days and sleepless nights that Michael Hurley spent bringing this project to fruition.” He said. 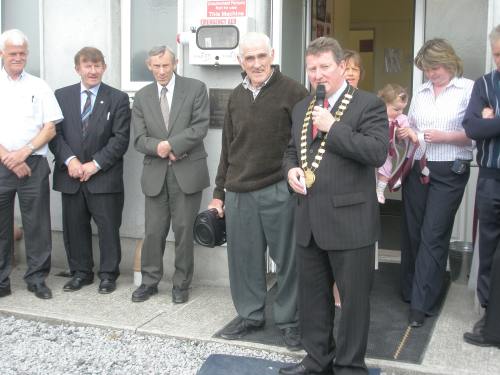 The day concluded with refreshments for all present. 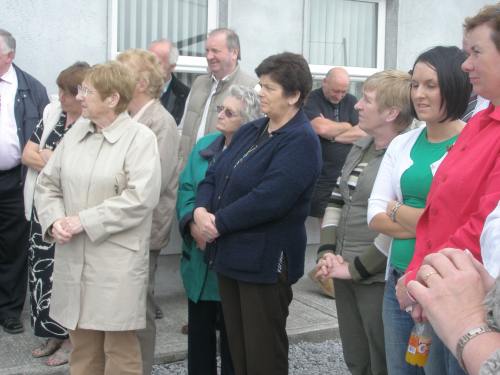