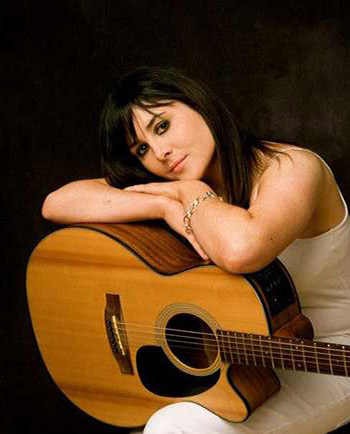 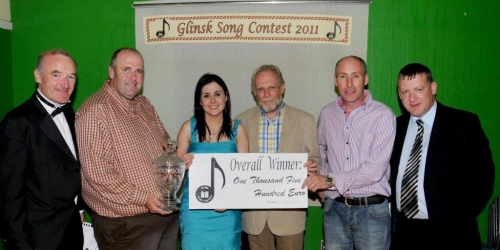 The long and winding road from Glencolumkille in Donegal to Glinsk in County Galway proved a fruitful journey for young singer/songwriter Deirdre Doherty on Sunday last when she was one of thirteen finalists at the 24th Glinsk Song Contest.

Deirdre’s beautiful rendition of her song “Our Greatest Heroes” won the scores of the panel of adjudicators and won the hearts of the packed attendance.  Such was the wave of admiration for Deirdre that she was given a standing ovation by the audience – the first time this has happened in the twenty four year history of the Glinsk Song Contest.

Deirdre was presented with the “Gannon Brothers Crystal Trophy” by Alan Gannon and by the IMRO-sponsored cheque by IMRO representative, Tony McTigue.  Other premier sponsors of the event are “Ward & Burke Construction”, The Cuddy family and Galway Co. Council. As the marks were totted up on the electronic scoreboard courtesy of Donegal man, Leslie Long Dublin,  songwriter Valerie Kavanagh emerged as runner-up with her song “Old Hands” In third place, on the night was Conal Herron who was another Donegal finalist singing his song “Waiting For You”. 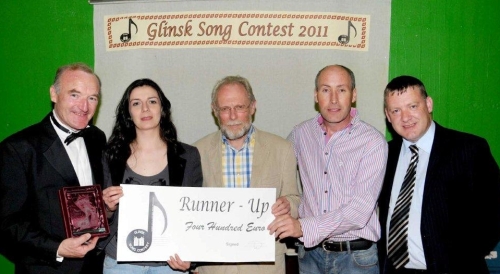 Aisling Kavanagh was runner-up with her song “Old Hands”

Dublin Singer/Songwriter, Aisling Kavanagh gave a powerful evocative rendition of her song “Old Hands” and was narrowly beaten into the Runner-up position. Aisling has racked up an impressive list of accolades in her relatively short career. “Old Hands” was written at a songwriting retreat in Inisheer in October 201 with Danish songwriter, John Lansner. M.C. on the night suggested the song could well have been inspired by the 15th Century masterpiece “Praying Hands” by Albreocht Durer. 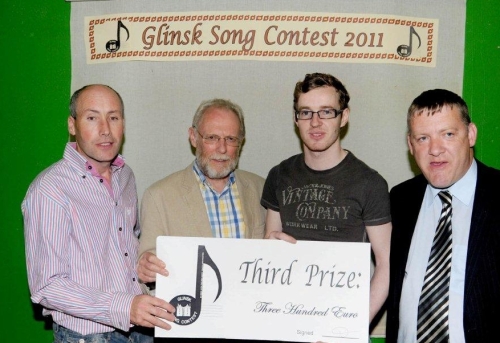 Conal Herron made a return visit to the Glinsk Song Contest to sing “Waiting For You” which was co-written with Terry McGinty. After flying into Knock Airport at 4:30 and making a mad dash to Glinsk for rehearsals Conal still put on a brilliant performance on the night to take third place at the prestigious final of the 24th Glinsk song Contest.