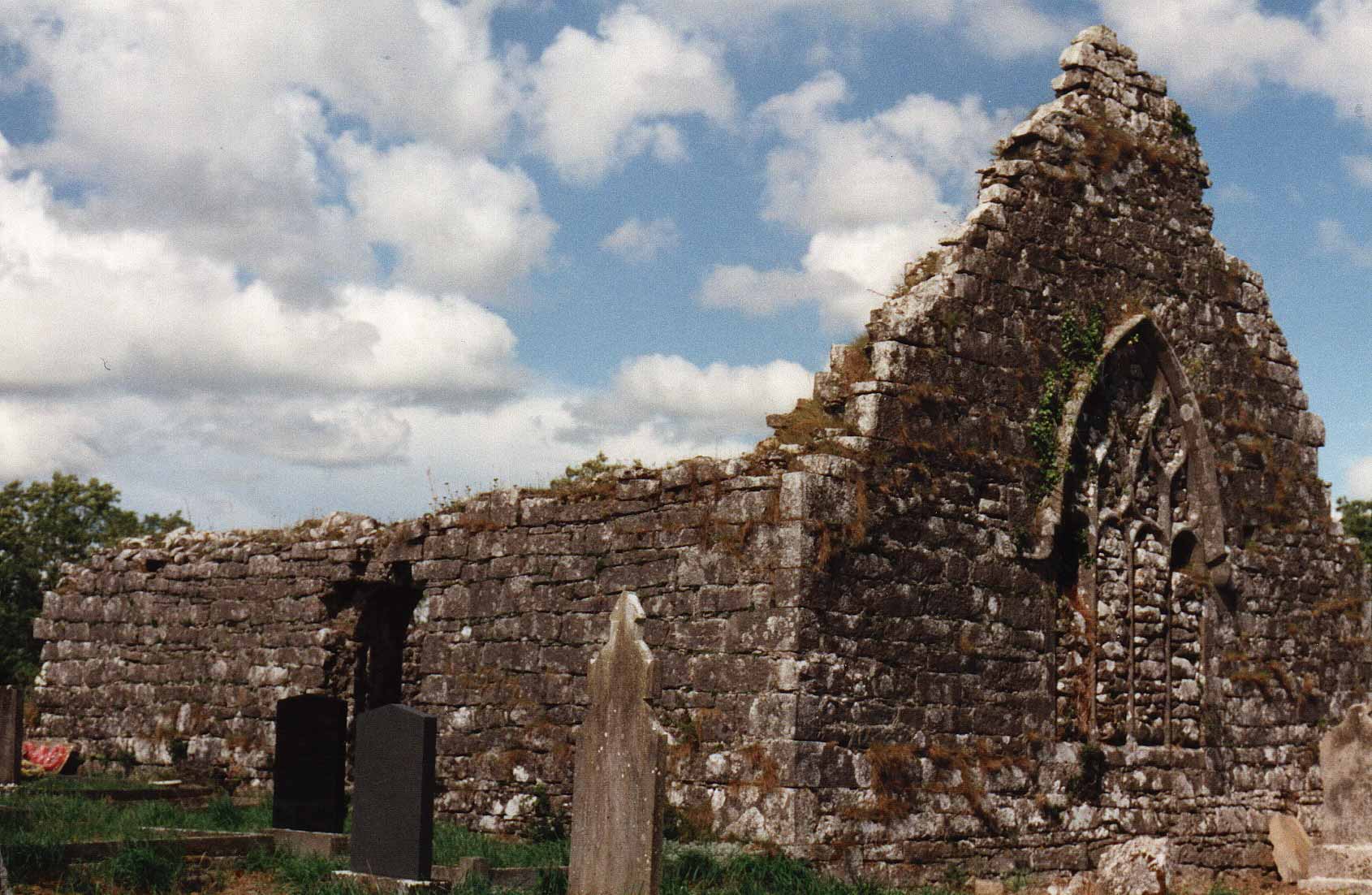 The naked roofless walls of the old Abbey in Ballinakill cemetery retain few clues as to its former importance. Perhaps, the greatest evidence of the pivotal role played by this site in the history of the parish can be gleaned from the fact that the present parish is still officially known as “BALLINAKILL”  taken from the Irish townland name of Baile-na-cille the place of the church.

Archaeologists agree that this oval shaped, hill-top site was an “early ecclesiastical enclosure”, probably dating back to the 5th or 6th century. – so that people following in the footsteps of St. Patrick used this site as a base from which they spread the light of the Faith throughout the area.

The original enclosure measured 62 metres along its North/South axis with the East/West axis being shorter at approximately 41 metres. The enclosing bank was built of clay and stone. The original entrance to the site is probably marked by a causeway featuring to South-east of the enclosing bank. The hill-top site was probably chosen as it commands a clear view on all sided particularly to the North.The best preserved portion of enclosing bank indicates that it was about one metre high (externally) and three metres wide at the base. The area inside the bank is a raised platform approximately 1.25 metres high. Along the South-east there still exists part of an outer ditch (2 metres wide) – this protective ditch is now almost completely filled.

Within the oval enclosure are the remains of two distinct buildings.  Little remains of the original medieval parish church except the east wall. Knox, in 1902, said the “lower part of the two narrow windows in the east wall mark it as not later than the earliest Irish Gothic in Connacht, about the early 13th century” 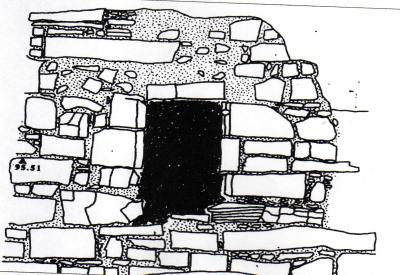 This church had a simple plain nave(23.7 metres long by 7.8 metres wide) Limestone blocks, roughly dressed, were used in the construction of this building.  Some sections of the walls remain but the only remaining feature is a flat-headed embrasure(1 metre high and .56 metres wide) in poor condition, located at the west end of the south wall.  No cut or dressed stone was used in its construction.

The building of this church would have coincided with the coming of the Normans and it is possible that the Burkes helped with the building as was normal for Norman families who came to this counry. One can only speculate as to when this parish church fell into disuse but it seems likely that it served the people of the area until the Suppression and the grant of church lands to Sir Nicholas Malby (1577). 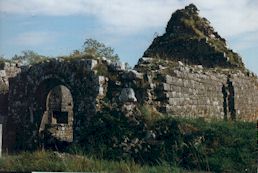 The original church at Ballinakill was extended in the 14th century by the addition of a chapel (11.5 metres long by 7.7 metres wide) which was the burial place of the MacDavid Burkes.   This attached chapel was said by Knox to be “14th or 15th century work”. However, it is more likely to be slightly later, as the tracery window is very similar to a window in Creevelea Abbey in Co. Leitrim, which is dated to the 16th Century.  This chapel was built of regularly coursed roughly cut mortared limestone blocks with a rough sand and lime plaster to be seen on the interior.   Cut and dressed stone was used in the construction of a doorway and four of the window opes.  The exterior corners of the chapel are built with ashlar blocks. 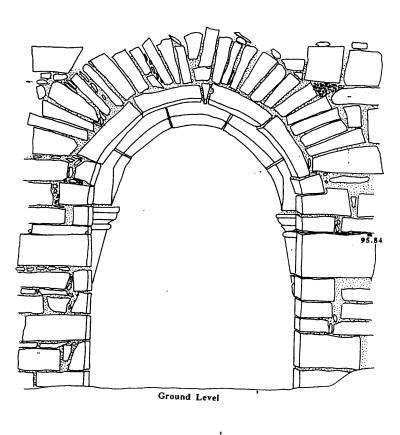 The north gable has a fine arched doorway built of ashlar blocks and decorated with ‘sparrow-pecking’.  The doorway measures 2.46 metres in height and 1.92 metres in width.  It is chambered on both sides and contains bar-holes on either side of its interior face. 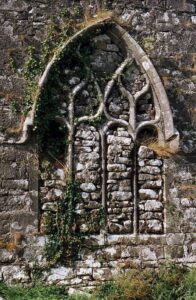 The south gable stands close to its full height at five metres  and is 1.2 metres thick.  The gable contains a fine large window of flamboyant tracery.  The window is 3.8 metres high and three metres in width.  The exterior of the window is arched by voussoirs and has a hood mould, the terminals of which are decorated – one with a feature in the form of a head accompanied by a floral tassel.  The second terminal features only a floral design.  Just above the decorated terminals are putlog holes.

The east wall stands just over 3 metres tall  at its maximum height and contains two large embrasures(openings) with each one flanked by a box niche which would have been used for storing the sacred vessels when Mass was being celebrated here. 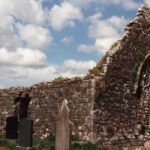 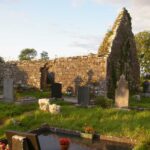 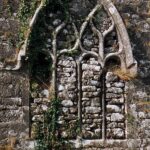